Beat up on the streets, picked up from the trash.
He needed some band-aid, but was too low on cash.
He wanted to laugh, but went hush to avoid any clash,
Though there was fire in his heart like a phoenix rising from the ash.

He trembled his way back home alone
Humming this disastrous melancholic tune
Until he stumbled upon a rolling stone
And fell into the dark pit of unknown.

Through the mountains, night sneaked upon the sky.
Dark spirits creeped inside the pit to terrify.
The lone nightingale screamed out a cry,
As he could feel a thousand eyes on him, trying to pry.

They trashed his soul and called him names
But he didn’t care; he was too familiar of their pety little games.
Deep inside a hole a new born songbird lay,
Singing songs about running somewhere far away.

The city I used to call my home
Seems to have gone away somewhere far.
I’m looking for it everywhere
Driving around in my car.

Leeches contaminated the air –
Filled with mist and smoke.
Mice died in the flood of blood,
The smell of it all making me choke.

I drove across the bloodstream flowing downhill,
A million mice died, coming underneath my wheel.
I still move on though, I got no time to mourn,
It’s the ill fate of the mice – they die where they’re born.

Trees taller than the mountains, go to seed,
Crying in a choir, as they’re the ones who bleed.
They’ve been here since the dawn of us.
They’ve seen us all grow and do the dirty deeds.

A million men hung themselves from those branches,
And the cowards got shot in the back from the ones in charges.
The city is haunted by the ghosts of our past,
Not letting them go, even though they’ve so long surpassed.

City of bones, bones of cages,
Trapping souls, stinking of blood and stitches.
I don’t want to be like them, dead while still living
But it is my destiny, there’s no escaping.

I hear a voice calling me. My love, is that you speaking?
I can’t remember a word that you were saying.
Were you upset or was it once again all my fault?
I don’t care anymore, I don’t want any more of your assault.

This city is rotten and dying bit by bit
And if I don’t leave it, I’ll die along with it.
I need to run away or I’ll later have to grieve,
I want to tell stories, I need to find what I believe.

A bright bird hovers over the disastrous death scene,
Making me realise I have my car and gas in my engine.
Deep inside a hole a new born songbird lay,
Singing songs about running somewhere far away.

"I'm a pretentious piece of shit and I like it."
Sometimes I look up at the sky
//Thought I saw you in the seaweed.
"Ah, it seems like I have reached the end of the world." This thought came to my mind, and I wanted to disappear in that sunset. It takes less than ten minutes to burn it all down. You can make it disappear as if it never existed.
//A gardener told me some plants move
//•Filling up with sugar - what a lovely way to die!•//
"A quiet secluded life in the country, with the possibility of being useful to people to whom it is easy to do good, and who are not accustomed to have it done to them; then work which one hopes may be of some use; then rest, nature, books , music, love for one's neighbor - such is my idea of happiness."
//Struck me like a chord, I'm an ugly boy
"Our city, these streets, I don't know why it makes me so depressed. That old familiar gloom that befalls the city dweller, regular as due dates, cloudy as mental Jell-O."
“There is no real going back. Though I may come to the Shire it will not seem the same; for I shall not be the same." 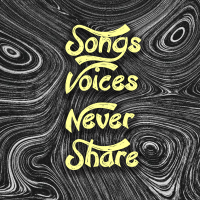 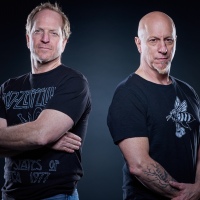