The Lighthouse is one of my favorite films from last year, if not my favorite. So, today I wanna look at a scene from The Lighthouse that in my opinion, is the perfect example of how to build and release tension in a single scene without any dialogue.

The particular scene that I’m talking about, happens around twelve minutes into the film where Robert Pattinson’s character is taking a smoke break after completing his chores at the lighthouse. Prior to this scene the movie sets up the two lighthouse keepers who have come to stay in this hostile environment completely isolated. Just in the scene before, we see Robert Pattinson and Willem Dafoe argue over dinner, on who should be doing the light duty as Pattinson thinks he’s ready for it. Now it might look like a very petty issue, but it creates one of the fundamental conflicts in the story. Dafoe completely rejects Pattinson’s proposition and in turn says, “The light is mine!” But this only increases Pattinson’s curiosity about the light, as now it has been told that it is forbidden to him. He imagines his master to derive some kind of divine pleasure, which he doesn’t want to share with his assistant. After all, Dafoe clearly says, “There’s enchantment in the light.” However futile this sounds to you, this scene actually lays foundation for the Prometheus allegory that runs as one of the main themes of the story. And that is the beauty of The Lighthouse, Robert Eggers takes these really simple scenes where nothing really happens on the surface, but he adds so much meaning to them through subtext,

The scene begins as we find Robert Pattinson smoking on the rock, staring up at the lighthouse with desire filled eyes. If you didn’t catch it earlier, the light here represents Zeus’s fire and Pattinson’s desire for it is deliberately showcased because it becomes one his character’s biggest motives later on in the film. But as a viewer watching the movie for the first time, you are not aware of what the light means, so you’re left wondering of its meaning and there’s an immediate tension and mystery attached to Pattinson’s actions.

The first shot is a tracking shot from behind, as the camera follows Robert Pattinson walking towards the mysterious pitch black sea, lit faintly by the moonlight. In the sea, we see a few wooden logs floating away like an illusion and it immediately grabs our attention. DOP Jarin Blaschke deserves special praise here, his cinematography makes even the most mundane visuals haunting, while being so pretty at the same time. And like us, the sight sucks in Pattinson too, as he in drawn towards it. He gets into the water and starts pacing towards the logs with his lustful eyes right on it, as the camera cuts between the enchanting waters and Robert Pattinson’s bewildered face which only increases the tension. We want to know what’s in the and we want to know what’s attracting Pattinson, so we have ourselves more unanswered questions.

But that’s not where it stops, as Eggers adds even more tension to the scene by placing a person in between the logs which is eventually revealed as the logs move away, and upon inspection anybody can tell that he dead. Suddenly you have a whole new set of unanswered questions – Who is person? How did he get here? What caused his death? And as the camera cuts back to Robert Pattinson, you see all the same uncertainty and tension in his face. And my God, does Pattinson act in this scene! This is by far some of the best acting by him, and he sells everything in movie that on paper might seem really crazy. And as for the last piece to building tension – Pattinson walks straight into his death. He starts to drown in the ocean and now, not only are you uncertain of what is happening or what Pattinson is doing, now you’re also uncertain of whether he’ll survive.

So now that all the tension is built, how does Robert Eggers decide to release it? There are mainly two ways to do this, either provide the audience with some kind of answer or jump cut to a more peaceful scene so that the audience is left wondering what the fuck happened. Eggers decides to do both, but only partially. He gives us an answer but it only complicates the plot even more, he slows us a mermaid. It is important to note here that, this is first supernatural occurrence in the story, and it remains to be the only one for a longtime. So as the story develops you’re always reminded of the mermaid and her chilling cries underwater, so the tension remains intact throughout. Even though, Robert Pattinson’s character never talks about it later, you can tell that it’s bothering him since it was earlier revealed that the last keeper died after talking of the mer-folk.

So what does the mermaid represent in The Lighthouse? For that we’ll need to what’s the role of mermaids in mythology. While some western cultures do represent the mermaid as friendly beings, most mythical stories portray them as vicious creatures. In popular stories mermaids are found to lure seamen out of their ships into the and seduce them to death. And while being seduced to death doesn’t sound so unpleasant, it is really one of the worst ways to die as they feed off your soul for years.So, again what does the mermaid represent in The Lighthouse? It represents desire – the very thing that leads Pattinson’s character to his doom.

The mermaid comes back in several scenes throughout the movie as a recurring theme. And because of this first scene, we’re always scared that something bad might happen to Robert Pattinson like the previous lighthouse keeper, whenever she appears. So not only does she act as a motif throughout the film, she also becomes a source of suspense and tension. With each appearance of the mermaid, Pattinson’s desire only increases and it comes out of in the last act of movie – first as a rage-filled masturbation scene where he imagines having sex with the mermaid, and second as a vengeful act against his master.

Now, some people think that all the scenes with the mermaid are actually dream sequences, but in my opinion that doesn’t matter. You can think whatever you want to think that happened, it’s the symbolism behind the scene that matters. It is the story of Prometheus trying to steal what the gods denied him as an act of revolt, and in turn being punished for it for eternity. But what Eggers cleverly does in his take of the story is he doesn’t choose a hero, instead he paints both sides in dark nuanced tones, and what happens in result, turns The Lighthouse into an age old story of men going too far to fulfill their desires.

11 thoughts on “The Lighthouse – How to build and release tension in a single scene?” 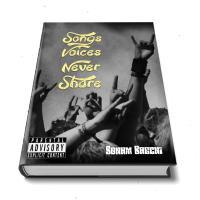