Doom Patrol released the trailer for season 2 of the show, giving us a bunch of details about what to expect from the series moving forward and also potential threats the heroes will be facing in this season. Based on Grant Morrison’s super trippy and wacky comics run, the first season was season of Doom Patrol was really well received by both critics and audiences alike, thanks the weirdness of the plot and characters that set it apart from other superhero TV shows.

The trailer quickly re-introduces us to the superhero ‘family’ that is all set to return in this season:

Diane Guerrero as Jane: The dominant personality of Kay Challis, a young woman who developed 64 distinct personalities from trauma she experienced as a child and received powers for each personality following an experiment she was involuntarily subjected to.

April Bowlby as Rita Farr / Gertrude Cramp: A former actress whose cellular structure was altered into a gelatinous state after being exposed to a toxic gas. Her powers allow her to change her body shape, but also cause her to struggle with maintaining a solid form.

Matt Bomer and Matthew Zuk as Larry Trainor / Negative Man: A former United States Air Force  pilot with a negative energy entity living inside of him.

Brendan Fraser and Riley Shanahan as Cliff Steele / Robotman: A cyborg and former NASCAR driver whose brain was transplanted into a robotic body after a car crash destroyed his own.

Timothy Dalton as Niles Caulder / The Chief: A medical doctor responsible for treating the members of the Doom Patrol and giving them residence in his mansion.

Joivan Wade as Victor “Vic” Stone / Cyborg: A young, ambitious superhero who received cybernetic enhancements from his father Silas following an accident that lead to his mother’s death.

The Chief’s daughter Dorothy Spinner ( an obvious reference to Wizard of the Oz) will also return this season, and by the looks of the trailer it appears like she will be the big threat the Doom Patrol will be facing this season. Dorothy is one of the strongest beings in DC Universe, with the power of creating people from her imagination, so it’ll be very interesting to see how the show deals with her powers. Although there have been no confirmations on whether Mr. Nobody will return for this season, he is noticeably missing from this trailer.

“Following the defeat of Mr. Nobody, the members of the Doom Patrol now find themselves mini-sized and stranded on Cliff’s toy race car track. Here they begin to deal with their feelings of betrayal by Niles Caulder a.k.a. the Chief (Timothy Dalton), while confronting their own personal baggage,” HBO Max said of Season 2. “And as each member faces the challenge of growing beyond their own past traumatic experiences, they must come together to embrace and protect the newest member of the family: Dorothy Spinner (Abigail Shapiro), Niles’ daughter, whose powers remain a mysterious but real threat to bringing on the end of the world.”

Season one of Doom Patrol is currently available on HBO Max to stream, so you can catch up on the first season before release of the second season. Also, getting promoted from being a DC Universe show to HBO Max original means Doom Patrol now has the potential to reach a much larger audience. And honestly, this show deserves it – it’s so good!

So are you excited for Doom Patrol season 2, and what did you think of season 1? Do let me know in the comments. 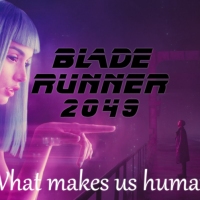 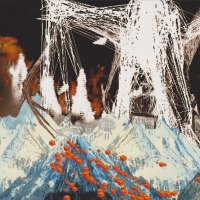