“An American Pickle,” a time-travel farce directed by Brandon Trost and adapted from a New Yorker story by Simon Rich, marinates crisp almost-timeliness in the mild brine of nostalgia. It’s not too salty or too sour, and it’s neither self-consciously artisanal nor aggressively, weirdly authentic. The subject, more or less, is what it means to be Jewish, and given how contentious that topic can become — can I get an oy vey? — the movie finds an agreeable, occasionally touching vein of humor.

The setup for most of the jokes is that, in 1919, an impoverished immigrant named Herschel Greenbaum, recently arrived in Brooklyn from a fictitious, Cossack-ridden anti-Anatevka called Schlupsk, falls into a vat of saltwater and cucumbers. He leaves behind a pregnant wife, Sarah (Sarah Snook). She has a son, who has a son, whose son, in 2019, is a sad-sack tech guy named Ben. When Herschel is fished out of his century-long bath, alive and perfectly preserved, he goes to live with Ben, his only known relative, setting up a cross-generational odd-couple situation brimming with comic potential.

All the more so because both Herschel and Ben are played by Seth Rogen, who does the bewhiskered Yiddish thing and the diffident millennial thing with equal craftiness. While the characters are recognizable types — from popular culture if nowhere else — Rogen brings more than mere shtick to the performances. Herschel is neither a sentimental schlemiel nor a twinkly old-world grandpa, but rather an impatient, sometimes intolerant striver with a violent streak. His pre-pickling experience of the world was hard and bitter, leavened only by the hope that future generations of Greenbaums would be better off.

Which is just what happened, of course. Herschel once confessed to Sarah that he hoped to taste seltzer water before he died, and Ben has a gizmo in his apartment that makes it on demand. He’s even less of a caricature than his great-grandpa — not a hipster or a nerd so much as a smart guy with a deep streak of melancholy. It turns out that what connects him to Herschel isn’t just genetics: it’s also grief. Ben’s parents are dead, and Herschel’s accident robbed him of the pleasures and consolations of family.

That’s some pretty heavy stuff, but “An American Pickle” is swift and nimble enough to avoid weighing itself down with schmaltz. It’s almost too thin to sustain its premise for the running time — a scant 90 minutes — and sometimes feels more like a stretched-out sketch than a fully developed feature.

The century that separates Herschel from Ben allows the story to leapfrog over quite a lot of history, including the Holocaust, Israel, socialism, and the complicated process of upward mobility, acculturation and self-preservation that is the movie’s very condition of possibility. The drama of Jewish male selfhood that preoccupied so many in the middle generations — the whole Philip Roth-Woody Allen megillah — is all but erased. Herschel had his beloved Sarah. Ben has no apparent sexual or romantic interests, or even any friends that we know about. There’s no room for women in this pickle jar.

But the flimsiness of the movie’s conceit also works to its benefit. At its best, it’s a brisk, silly plucking of some low-hanging contemporary fruit. Food trends. Social media. Unpaid internships. The inevitable conflict between Herschel and Ben turns a family squabble into a culture-war skirmish, a conflict played out in a way that feels both satirically sharp and oddly comforting.

And pickles can be comfort food. Not too filling, good for the digestion, noisy and a little sloppy rather than artful or exquisite or challenging. This one, as I’ve said, isn’t bad, and even allows a soupcon of profundity into its formula. The tough, pious ancestor and his sensitive, secular descendant have almost nothing in common, and the imaginative challenge is to find an identity that can include them both more or less as they are. What makes them both Jews? The answer turns out to be simple and, at least for this conflicted 21st-century Jew, persuasive: the shared obligation to mourn the dead.

3 thoughts on “An American Pickle – Double Seth Rogen Kills It In this Funny Satire.” 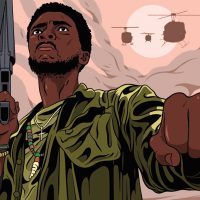 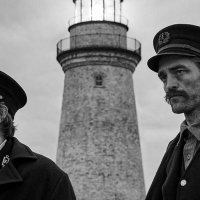