Michael Keaton is possibly reprising his iconic role as the caped crusader from Tim Burton’s Batman movies, in the upcoming Flash movie starring Ezra Miller according to several reports. Earlier reports stated that Jeffrey Dean Morgan is being eyed to return to his role of Thomas Wayne as Flashpoint Batman in the Flash movie, but it seems like they are not doing that right now. It is said WB will adapt the Flashpoint storyline to some extent and Keaton’s Batman will be part of the Burton-verse where Flash land up. But whatever the case, one thing is for sure – Multiverse is the future of DC, and in my opinion, that’s the best way to go about it. Here’s me telling you why.

The Flash is a very Multiverse Friendly character

The inclusion of Flash leads itself to the possibility to tell stories involving the multiverse. The Flash comics delve deep into the ideas of dimension hopping and alternate realities. Flashpoint, the comic storyline this Flash movie is said to be based on, is particularly a story where The Flash runs back in time to save his mother from dying but in doing creates a dystopian alternate reality. If you watch the CW Flash series you should be familiar with the idea of Flashpoint. And not just Grant Gustin, Ezra Miller’s Flash has already traveled to alternate dimensions in two occasion. Once in that brief bat-cave scene in BvS, and second in CW’s Crisis of Infite Earth event, where two versions of Flash famously crossed paths. And WB specially requested CW to put that cameo in, so they may have some bigger multiverse plans for Flash in the future.

All versions of Batman can be canon

Michael Keaton will return as Batman, taking up his role from the Burton films 30 years on. It would mean the Burton films are officially canon in the current DC Movies and as sources as reporting WB are trying to make Keaton’s old Bruce Wayne into a Nick Fury type of mentor figure in multiple upcoming DC projects. So we can have multiple actors playing different version of the same character at the same time. It would mean everything is canon, and all Ben Affleck, Robert Pattinson and Michael are Batman.

The Snyder-verse can still continue in some capacity

DC has been trying to reboot their movie universe and step away from Zack Snyder’s version of the Justice League, but with the release of Snyder Cut on HBO Max makes things seem a little muddled right now. With the introduction multiverse, Snyder’s version of the characters can continue in some capacity in future DC Movies and TV shows.

Wonder Woman 1984 and Aquaman both retcon events of Synder-verse.

Both Wonder Woman 1984 and Aquaman, deacon the events of the Snyderverse completely and start fresh with their characters. This is very confusing considering it the same actor playing the same characters, but the multiverse will be a really convenient way to explain the changes.

DC can continue their success with standalone movies

After a rocky start and a couple false beginnings DC has finally found their footing in the movie market alongside Marvel. The success Wonder Woman, Aquaman, Shazam, and Joker shows that strong standalone films are what’s really working for DC. Their upcoming slate is filled all standalone movies with no sight of a Justice League movie in a near future. The multiverse with allow the writers and directors to take artistic liberties by focusing on their own corner of the DC universe.

The Batman and Joker are in their own separate universe.

Matt Reeves’ upcoming The Batman staring Robert Pattinson is currently under production and it is said to be it’s own thing, much like the Joker movie from last year. This allows filmmaker’s to tell more dark high brow stories with this iconic characters as they don’t have to worry about connecting the films together. But existence of multiverse will open the door to characters from The Batman, Joker or any other DC black label movie potentially crossing over with the DCEU films in future.

The Future of DC movies

In short, the possibilities for DC movies in the future are endless right now. So it seems like multiverse is surely the way to go for DC in future. We can have have fun and bright kids movies, Big budget blockbusters, Dark Fantasies, high brow dramas and more at same time coming out of DC. It also separates them from their competition Marvel and gives them the edge over the company. It could also lead to more crossovers between DC TV shows and movies, and make the multiverse even rich with characters. And who knows, maybe five years from now, flash could run through a bunch of alternate dimensions and we could have a big Justice League movie with all the different versions of the DC characters coming together. All I can say right now is – 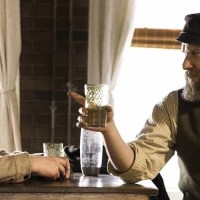 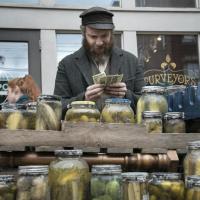