With HBO Max launching tomorrow, a lot of you maybe be wondering whether you should spend your valuable bucks on the brand new premium streaming service. This article will tell you everything you need to know about the AT&T and Warner Media owned streaming service, so that you can decide for yourself if its worth the monthly subscription.

Since 2015, HBO NOW has been HBO’s standalone streaming service. For $15/mo., you get access to everything HBO’s ever made, plus a rotating collection of around more than a thousand movies. HBO Max will include everything that HBO NOW has for the same price, and so much more. Not only do you get everything that already available, but a whole bunch other big shows, movies and HBO Max Originals. If you’re already a HBO NOW subscriber, you’ll automatically be upgraded to HBO Max without any extra cost.

But for HBO GO subscribers, things are a little complicated. HBO GO is a streaming service included in HBO cable subscriptions and TV packages. It essentially allows HBO cable subscribers to stream the HBO content they’re already paying for, facilitating on-the-go viewing. If you get HBO through AT&T TV, DIRECTV, Hulu or Spectrum, you’ll automatically get an HBO Max subscription at no extra cost as soon as it launches. If you however don’t get HBO through the following service providers, you’ll need to pay the bucks for HBO Max.

To me, HBO Max is clearly the superior streaming platform, since you get so much more at practically the same price point. So, if you’re a HBO NOW or HBO GO subscriber, I would advice you to upgrade to HBO Max at launch without a doubt.

The Crown Jewels of Streaming

Even tough every streaming service is hungry for new content, most people just wanna watch the good old stuff and have a good time. HBO Max reportedly paid over 1.5 Billion dollars for 3 big shows alone. Let’s have a look at these shows.

Friends is arguably THE crowning jewel of the streaming wars – drawing more viewers than any other show in the world. The popular 90’s American sit-com about the tumultuous lives of a group of friends living in New York is still hit with fans among both the old and new generation. The Friends reunion was supposed to be the thing that would make people sign up for HBO Max, but due the corona-virus pandemic, the show has now been delayed. Still, Friends remains one of the most popular shows on the platform and with it’s high re-watch-ability, it sure gonna be there for you.

WarnerMedia’s nascent streaming platform will have exclusive rights to 12 seasons of the show from Warner Bros. Television and co-creators/executive producers Chuck Lorre and Bill Prady. All 279 episodes of “Big Bang” will be available on HBO Max when it launches.

South Park, the long-running animated comedy hit, will have a new streaming home on HBO Max. The upcoming streaming platform from WarnerMedia scheduled to launch in May of 2020 will have exclusive streaming rights to the iconic series beginning in June of 2020.

Personally for me, the biggest draw of HBO Max is all the DC content they will be serving up.

After years of fans petitions and online wars, Warner Brothers finally announced last week that Zack Snyder’s version of the justice league will be release exclusively on HBO Max in 2021. It is said to either in the form of a four hour movie or a six episode miniseries. Whatever be the case, excitement for the Snyder Cut among fans is high and it is expected to fetch HBO Max a lot of subscribers.

A live-action Green Lantern TV series is currently in the works for the HBO Max streaming service, with Greg Berlanti producing.

Abrams’ Bad Robot company is working on a number of projects for HBO Max, including a Justice League Dark series. The line is not official yet, but expect Constantine and Zatanna to appear.

All the new CW shows will be available on HBO Max including the season of Batwoman and the new Stargirl show.

Doom Patrol season 2 will release on HBO Max along with the first season. However, the fate of other DC Universe shows like Titans, Harley Quinn is still unknown.

The complete DC movie library will available on HBO Max – From The Dark Knight to Joker, Wonder Woman to Aquaman and Man of Steel to Batman Returns.

Dennis Villeneuve will accompany his star-studded film adaptation of Dune with a companion series on HBO Max, titled Dune: The Sisterhood. The series will center on on the women of Bene Gesserit as they navigate the political framework of The Imperium to make way for the planet Arrakis.

This Stephen King-inspired genre piece will feature characters from The Shining and will tell stories from the most famous haunted hotel in fiction. It’s produced by J.J. Abrams and his company Bad Robot, who are also behind Hulu’s Castle Rock.

Ridley Scott will executive-produce the sci-fi series from Aaron Guzikowski about two androids raising human children on a mysterious planet. As the growing colony of humans almost falls apart due to religious differences, the androids realize how dangerous and difficult their task really is.

There are literally tons more, these are just what I’m most excited about.

The Criterion Collection, Inc. is an American home video distribution company which focuses on licensing “important classic and contemporary films” and selling them to film aficionados. Honestly, I’d pay 15$ just for this.

Studio Ghibli, Inc. is a Japanese animation film studio based in Koganei, Tokyo, Japan. The studio is best known for its animated feature films, and has also produced several short films, television commercials, and one television film.

Crunchyroll is an American distributor, publisher, and licensing company focused on streaming anime, manga, and dorama. Founded in 2006 by a group of University of California, Berkeley graduates, Crunchyroll’s distribution channel and partnership program delivers content to 50 million registered users worldwide.

Well, this is a given but all shows and movies will be available on HBO Max. They are know for their prestige dramas and they have some huge shows coming up too like Lovecraft Country and Game of Throne’s prequel House of the Dragon.

As the parent company of Cartoon Network and Looney Tunes, WarnerMedia has an impressive collection of children’s content that will also hit a nostalgia nerve for their parents. Many of HBO Max’s original series are also aimed at children and families. Also cartoons from Cartoon Network and Adult swim will be available on HBO max.

The movie library on HBO Max is so big, that I’m not even gonna try to list them all. Apart from the great Warner Library, they also have several classic films from other big studios available on their service. Also, HBO Max will be producing original movies for their service. Seth Rogen’s An American Pickle will be the first original movie to release on HBO Max.

Why you should get HBO Max.

Now let’s get to business. I honestly think you should get HBO Max, even though it’s costlier than other service like Disney+ and Netflix. But see it this way, you were most probably already paying for HBO, you just get all the extra stuff free. And even if you never subscribed to HBO, there’s just so much content here that I believe it’s absolutely worth the 15$/mo price point. It’s literally so much content that I probably didn’t even consider 5% of all that is available in the service. And it’s not like they are just putting anything on there – it’s all premium content, made by some of the biggest names in Hollywood and with some of the biggest pop culture properties. Just like the tagline of HBO Max goes – “Where HBO meets so much more.”

So what are you waiting for? Sign up for HBO Max now!
http://www.hbomax.com 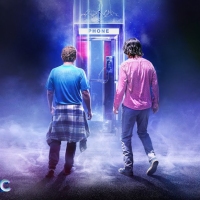